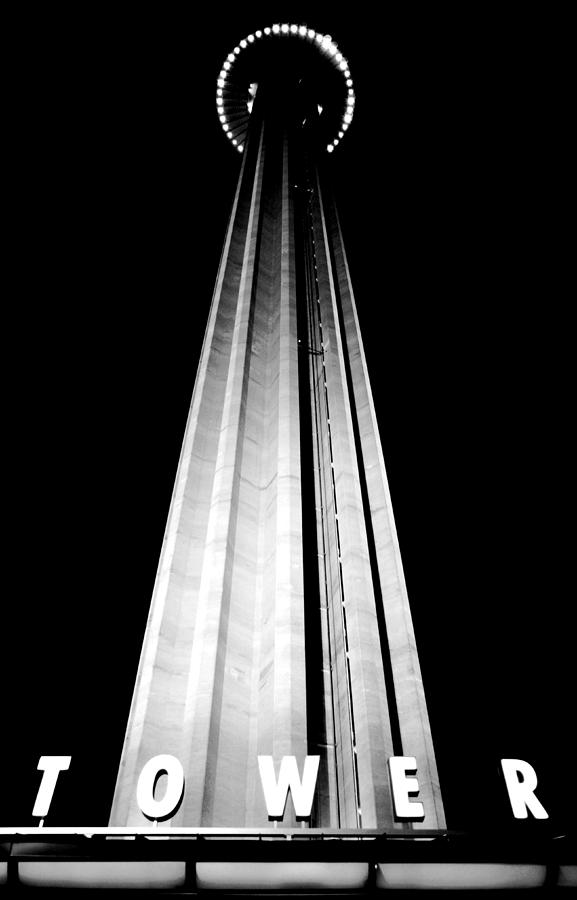 The Tower of the Americas is a 750-foot observation tower/restaurant located at HemisFair Park on the southeastern portion of Downtown San Antonio, Texas, United States. Vertical format. The tower was designed by San Antonio architect O'Neil Ford and was built as the theme structure of the 1968 World's Fair, HemisFair '68.

The Tower is located in the middle of HemisFair Park and has an observation deck that is accessible by elevator for a fee. Vertical format. Black and white conte crayon digital art.

In addition, there is also a lounge and revolving restaurant at the top of the tower that provides panoramic views of the city.

... and many thanks to another buyer from beautiful San Antonio, TX!

Thanks all!..and thanks much to the latest buyer from Spring, TX!

What an awesome POV!