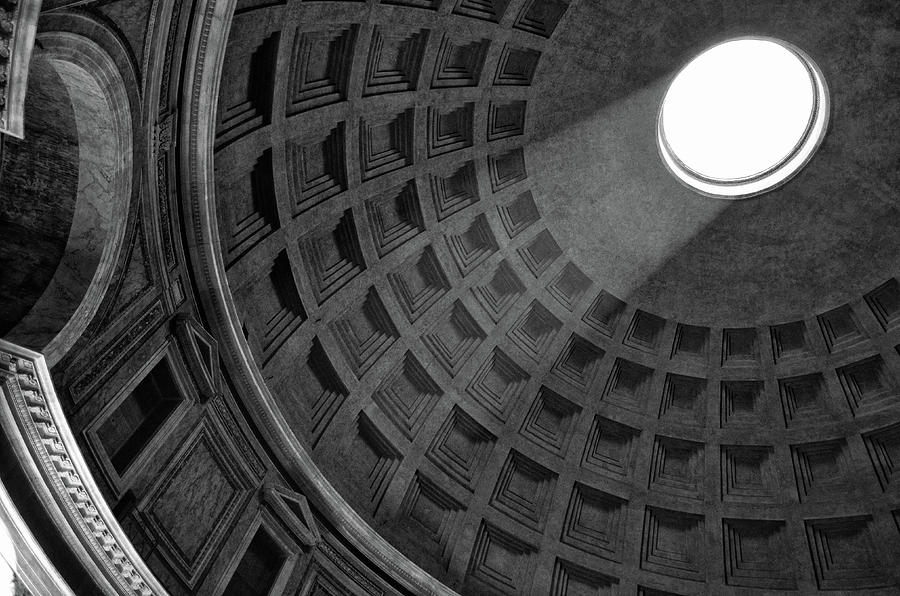 Interior view of the Pantheon looking up at the coffered dome and light streaming through the open air oculus. Rome, Italy.

Apollodorus of Damascus built the Pantheon between 126 and 128 AD during the reign of Emperor Hadrian. Almost 2000 years later, the rotunda dome is still the largest unreinforced concrete dome in the world. At the center of this dome is an oculus, a circular hole that lets in natural light. Black and white.

...and many thanks to the latest buyer from Brooklyn, NY!

Thanks all...and many thanks to the latest buyer from Evansville, Indiana!