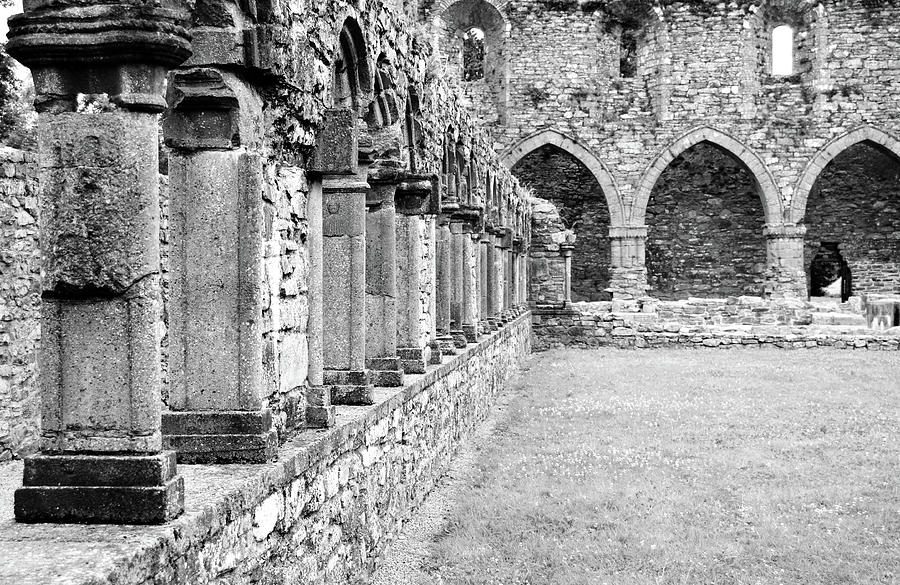 Medieval row of arched stone columns bordering the cloister of the ruins at Jerpoint Abbey in County Kilkenny, Ireland. Black and white. An extensive library of imagery from Ireland is available in my galleries. This image is part of my Jerpoint Abbey Gallery.

Construction of Jerpoint Abbey was started by Donogh O'Donoghoe Mac Gilla Patraic, the King of Osraige, in 1180 AD. Jerpoint is famous for the number and variety of its stone carvings. The abbey flourished for several centuries until Henry VIII moved to dissolve all monasteries in Ireland. Today, Jerpoint is an Irish National Monument.

Lovely image. The architectural details are awesome...love the columns and the arches!

Love the lines and processing!